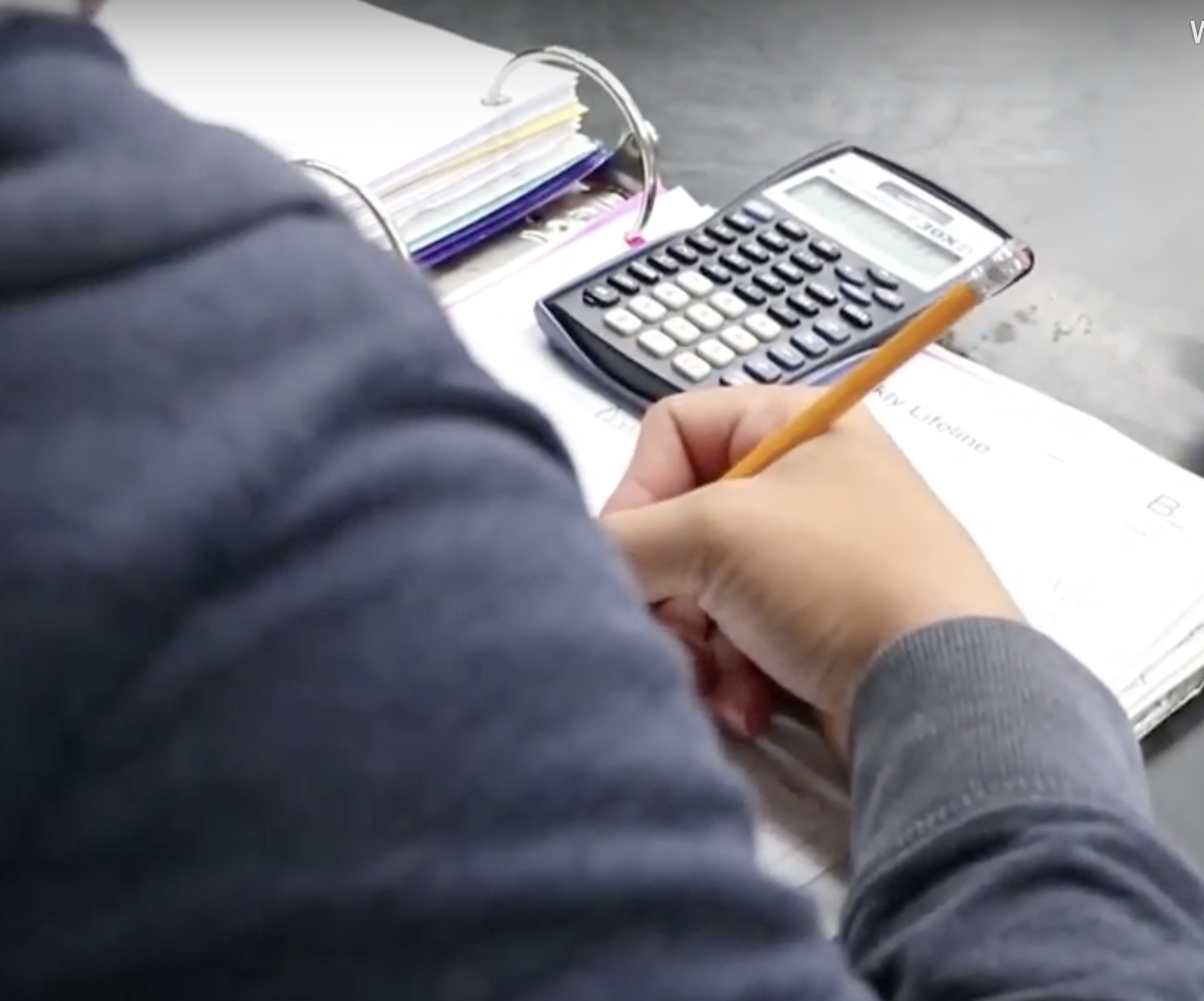 "I was in Nicole’s math class watching her lead her Algebra 1 students through a complicated (to me) process involving graphing calculators. What struck me was how well the CPM model of group work and the student talk that accompanies it worked with Organized Binder. When I came in, Nicole was going over the Agenda (Organized Binder Page C) and students were filling out their pages as she worked under the projection of the doc camera (parallel process is a cornerstone of Organized Binder). As I looked around I saw equal amounts of students working independently and working in pairs. In pairs, students seemed to be checking their work with their neighbor. It reminded me of how common it is for a student to hear instructions better from a classmate than the teacher.

Later in the lesson, after an activity in which students built a step by step process for their graphing work, Nicole had them take the steps down on a piece of paper, “This is for your Academic Toolkit (Organized Binder Page F). Make sure you each have it in the right order and put it in your toolkit. You can refer back to this and always know the order of operations.”

Again, the CPM curriculum lessons lent themselves to the conversation and Organized Binder helped the students record key parts of this conversation—organizing and teaching organization. In Nicole’s class I noticed both of these elements—students were asked to engage with the curriculum and to engage with the ‘stuff of school’ in the first few minutes of class through the vehicle of Organized Binder.

They started with an Agenda. They moved to the Weekly Lifeline (Organized Binder Page B) for the Kick-Off prompt. Before they left the Kick-Off to move into the lesson of the day, Nicole asked them to rate themselves on a scale of 1-5 “Before you watched your classmates work the problems on the board, where was your understanding.” She then asked them to also rate where they were, 1-5, after they had watched the problems worked out on the board by classmates.

So just minutes into class, students had already reviewed their past week’s assignments, noted the work for the rest of the week, worked out a problem, checked in with a partner, watched a classmate work on the problem, then self-assessed on where their understanding was on that concept."